Periscope, the live streaming video service owned by Twitter, woke up the web yesterday when it announced strong new growth numbers. In just over 4 months since the service’s launch, Periscope has surpassed 10 million total accounts. With nearly 2 million active users daily, Periscope is now live streaming 40 years’ worth of video every 24 hours. 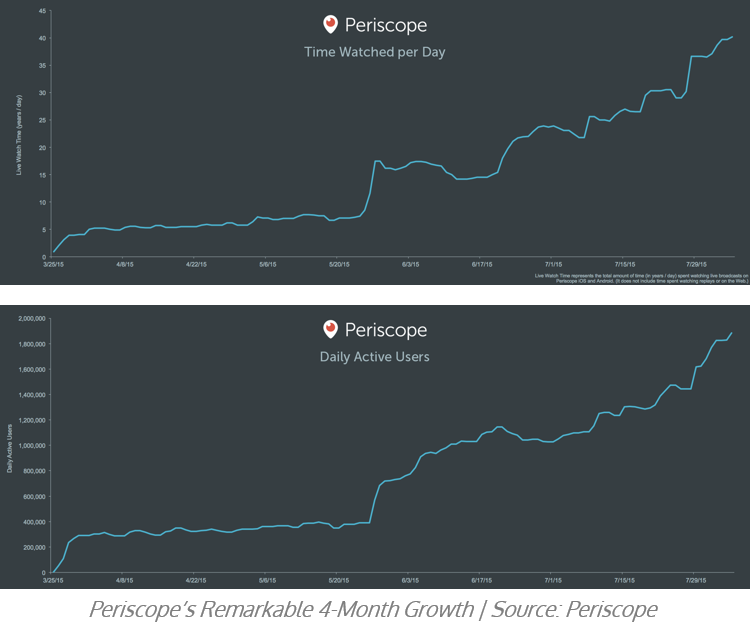 Periscope’s runaway success underscores the latent demand people have for live video. This time last year there was no way for individuals to share experiences in real time — this year already two of the most talked about new technologies have closed that gap.

Enamored by the potential audience, companies have already begun tapping those live streaming tools as another means to reach customers. Brands from Adidas and Red Bull to GE and the US National Parks have dabbled in live streaming on Periscope and elsewhere.

Right now what’s being shared is mostly marketing. But soon it won’t be.

It’d be easy to dismiss live streaming as just another technological novelty if it weren’t for one key difference: that live streaming itself isn’t particularly new.

Video has long played a role in how organizations share conferences, symposiums, product launches, public relations, training activities, town halls, and more. And most organizations have even experimented with live streaming video for these occasions, historically, by staffing up a team of dedicated AV specialists and investing in a ton of high-end recording equipment in the hopes that all would go smoothly. This tendency, however, has made live streaming video an expensive proposition in most organizations, and a strategy saved for sharing only the most critical content.

But public events and communications have always paved the path for their internal counterparts. After seeing your marketing team extend the reach of the latest product launch event with Periscope, your learning and development team will want to follow that model with your next company conference. After seeing the corporate communications team broadcast your quarterly analyst call on YouTube, your internal communications leads will want to do the same with your next confidential CEO town hall, only just for employees.

One successful event broadcast begets others — soon, requests to share live streaming video will pop up all over the organization.

And unfortunately, that’s where corporate live streaming is getting bumpy.

People’s preference for video over text is already well-documented. Forrester Research has noted that people are 75% more likely to watch a video than read an article. So it’s no surprise more and more organizations are turning to video for more and more uses — and that critical, embarrassing failures are following. 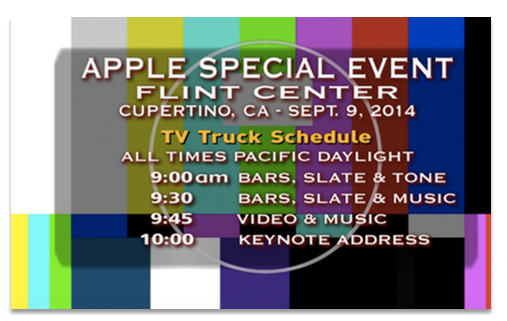 The coming crisis: Most live streaming isn’t built for business.

The problem organizations face with live streaming today is that three key factors don’t quite meet in the middle.

Moreover, those services don’t offer enterprise-grade SLAs for the kinds of spikes in use that businesses will need. In aggregate, viewers may be consuming quite a lot of video with these services, but the vast majority of video streams see no more than a handful of viewers. Even the most popular streams rarely eclipse a few hundred simultaneous viewers, and these services support those user levels more than well enough. But business uses won’t follow those patterns. Large organizations may need to be able to stream to thousands just for mid-sized events. IBM’s webcast failure happened in front of 400,000 simultaneous viewers. Streaming needs are vastly different when you’re talking about that kind of scale.

Worst of all, Meerkat and Periscope, in particular, don’t save the recorded content for later viewing. Periscope deletes videos 24 hours after the stream ends. Meerkat doesn’t even save the video at all — if you missed it, it’s gone. That might be fine for your friend’s video from last night’s concert, but it’s not at all what most companies hope to do with their latest all-hands town hall.

So what’s a business to do?

In light of these technical shortcomings, most businesses haven’t incorporated consumer live streaming services into their events planning. But their alternatives haven’t been much better either:

But that doesn’t mean a solution isn’t already out there.

Panopto makes it simple for any organization to live stream video over the web. To serve that video securely to thousands or even hundreds of thousands of viewers, using Modern Streaming protocols that protect existing network infrastructure and bandwidth. And to capture, share, and even keyword search those recordings on-demand even after the moment has long passed.

Using Panopto, you can easily broadcast your product launch events, press conferences, presentations, meetings and more to employees, partners, customers, or the general public. While others may be working out the kinks on their own systems, for everyone else, professional, reliable live streaming for events is already available as a standard part of our modern video platform.

Interested in learning more about live webcasting, or giving Panopto a try at your organization? Contact our team to request a free trial of our software.