Every idea needs a champion, someone to offer a voice that can bring it to the world’s attention. How an idea is presented may be the single greatest predictor of its eventual success — and history is littered with the tragic stories of great ideas poorly shared and passed over.

But it isn’t just the novel notions that require support. Just as often, those ideas in greatest need of a voice are the ones most all of us believe in — but that for any number of reasons have not yet been fully realized.

This week marks the anniversary of the launch of the movement that would become Amnesty International, the Nobel Prize-winning human rights organization that works for the release of people imprisoned globally due to the non-violent expression of their beliefs. On May 28, 1961, The London Observer published a front-page article entitled “The Forgotten Prisoners” by Peter Benenson, a British attorney. Benenson’s piece also drew much needed attention to human rights violations occurring all over the world, and closed with what is now a hallmark of Amnesty International’s ongoing efforts — asking readers to take action by writing to the governments committing those violations.

Even at the time, the causes of correcting political injustices and supporting freedom and human rights were far from novel — issues that most people might have assumed were already generally being dealt with. Like Benenson, however, those closer to the causes knew that serious exceptions remained, and many had worked individually for improvement. What made Benenson’s amnesty movement different was that it found a better platform for the idea — a better voice with which the message could reach out to people where they already were in order to more clearly communicate the problems that remained.

While in 1961 the voices behind Amnesty international found that audience in newspapers, we see the same lesson applied today with video. Modern movements, from the Ice Bucket Challenge to It Gets Better have found the ease and prevalence of social video sharing now offer the opportunity to give a voice to every idea — and to ensure the even those ideas everyone may agree with can continue to call attention to themselves until they’ve succeeded in full.

This week we saw more and more people taking advantage of the power of video to share ideas, discuss information, and make a statement. And in the spirit of passing it on, these are just a few of the ideas shared this week with Panopto’s video presentation software. 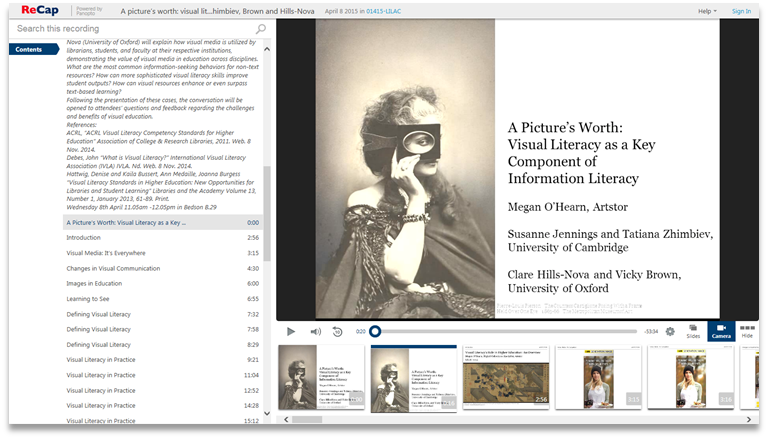 A Picture’s Worth: Visual Literacy as a Key Component of Information Literacy
Owing to their unique role in institutions of higher education, librarians and other information professionals are well-suited to facilitate the development of practices encouraging visual literacy within other educational departments at the university. In this recorded presentation, Megan O’Hearn of Artstor introduces the topic of visual literacy, outlining current definitions, practices, and values, as well as discussing the educational resources developed from the organization’s experiences in aggregating, and disseminating high-quality images of primary source materials through a digital platform. Afterward, Susanne Jennings and Tanya Zhimbiev of the University of Cambridge, and Vicky Brown and Clare Hills-Nova of the University of Oxford explain how visual media is utilized by librarians, students, and faculty at their respective institutions, demonstrating the value of visual media in education across disciplines. 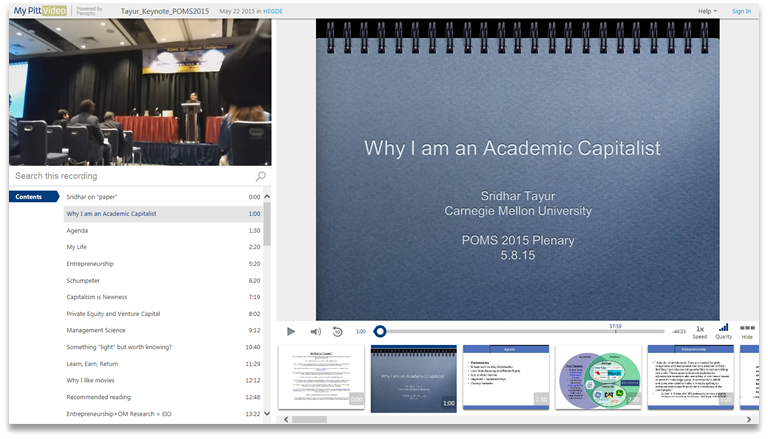 Why I Am an Academic Capitalist
Carnegie Mellon University’s Sridhar Tayur delivers this keynote address at the Production and Operations Management Society 26th Annual Conference. Tayur looks into the connection between academia and entrepreneurship with an eye toward his industry, and offers examples from his own experience and others’ as to the important role that education plays in designing the solutions of tomorrow. 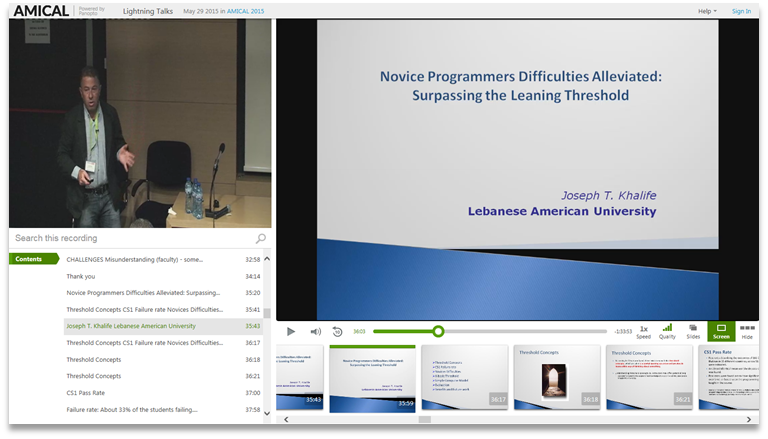 2015 AMICAL Conference Lightning Talks
AMICAL is an international consortium of American-model, liberal arts institutions of higher learning located outside the United States. This year’s AMICAL Conference, hosted at The American University in Bulgaria, places special focus to information literacy, and in particular to new conceptual frameworks for information literacy in the context of international American universities. A much anticipated part of the conference each year are the lightning talks — quick discussions of the most buzz-worthy topics. This year’s agenda includes ideas for enhancing faculty-librarian collaboration, using online textbook-materials for climate change science, gamification for information literacy, and more. 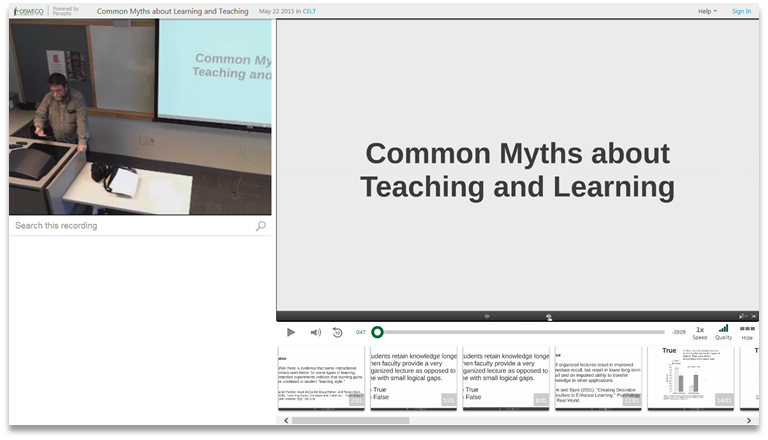 Common Myths About Teaching and Learning
Join the team at SUNY Oswego for this look into the common myths about the educational experience. This comprehensive overview digs into the data to debunk many common misunderstandings — it’s a must-see for anyone involved in teaching or training.

Making the House: Introduction to SketchUp PV System Modeling
See how Solar Energy International uses SketchUp modeling software to create the models required for installing solar technology in a real-world location. This recorded tutorial presentation provides team members with an easy overview of how to use the technology the right way, so that future installations can be well-planned and well-executed. 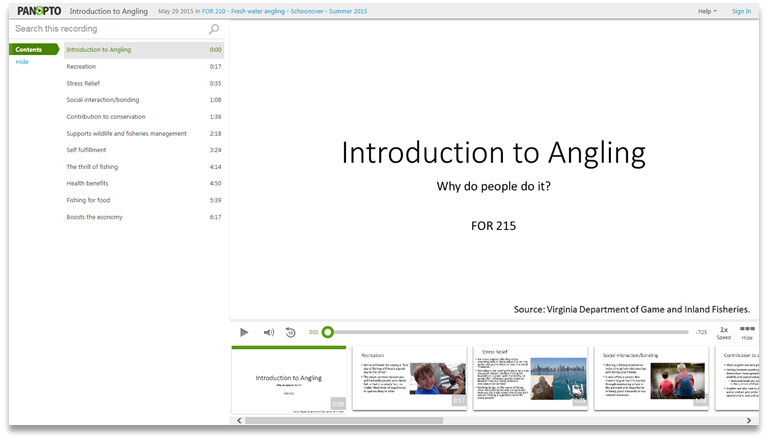 Introduction to Angling
Finally this week, join the students in this flipped classroom at Southern Illinois University for a fun look into why people enjoy fishing as a recreational activity. If you’ve ever hung up your own “Gone Fishin’” sign, you’ll be in good company.