Sixty-five years ago this week, the first modern political debate was held.

Of course, debates have been a part of the human experience as long as we’ve had the ability to express differing ideas. And the structure of political debates has been set for some 150 years — we even refer to the style as a Lincoln-Douglas Debate, named for the epic exchanges staged by the two candidates for US Senate back in 1858.

Yet while the format of the event hasn’t changed much, in 1960, something else had.

For the first time ever, the debates were brought to life with video — broadcast over the airwaves for all to see.

The impact of the new visual presentation are hard to understate. In post-debate polls, audience members who had only listened via radio felt that Nixon had come out ahead — but those who had watched the debates on television instead felt Kennedy had won. The effect was so striking that the Nixon campaign dropped everything to change their candidate’s debate preparation strategy before the second debate was to be held. Moreover, no candidate since has overlooked the importance of making the right impression while they make their points.

That the visual nature of video had such a striking impact on the tone of the debates, however, shouldn’t surprise anyone. Human beings have evolved to communicate by presentation. The printed word alone — even audible speech alone — are quite literally not able to convey information as efficiently or as effectively as a presentation.

Over the past several hundred years we’ve traded away the persuasive and engaging power of a presentation for the permanence of text — but today that exchange isn’t as sensible as it was a decade or two ago. Modern technology has caught up, and now our smartphones, webcams, and laptops give us each all the tools we need to record ourselves presenting and share our message — in full — live or on-demand with the world. 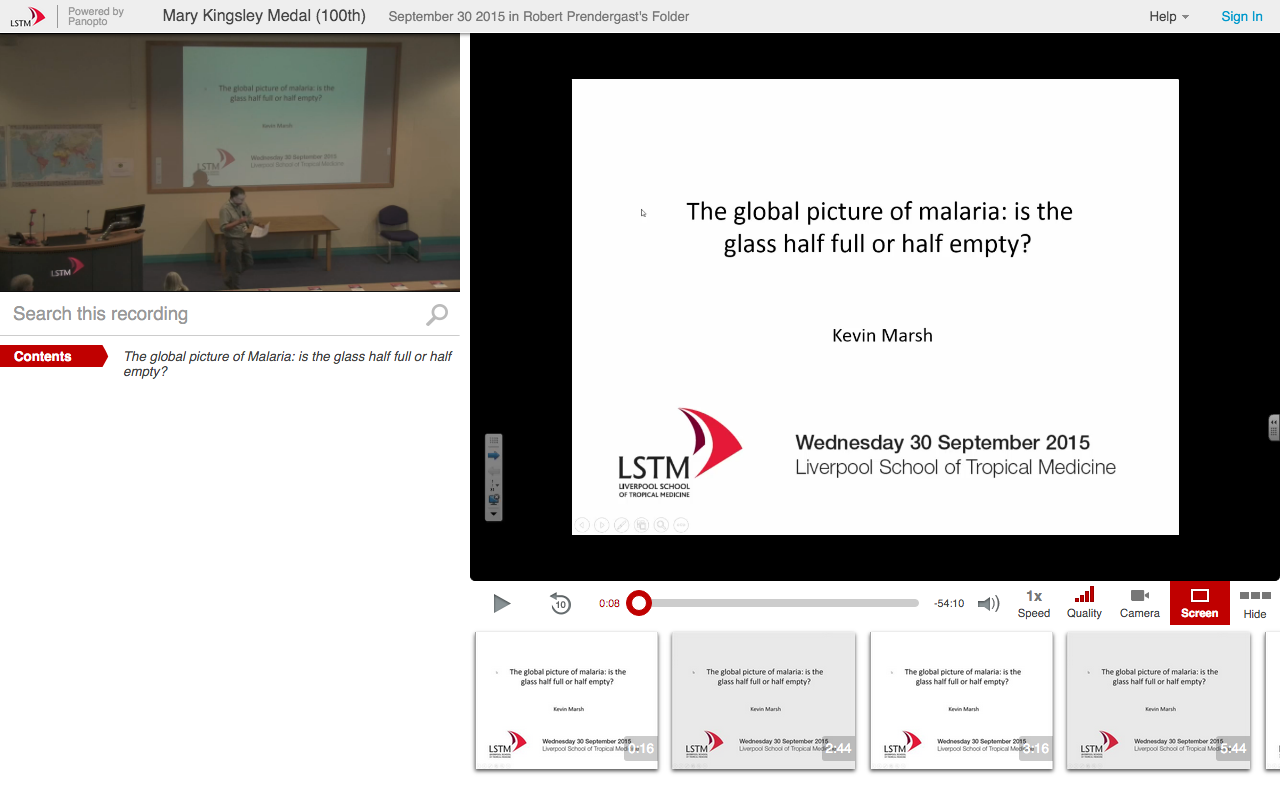 The Global Picture of Malaria: Is the glass half full or half empty?
The Liverpool School of Tropical Medicine has awarded the 100th Mary Kingsley Medal to Dr Kevin Marsh, Professor in Tropical Medicine at the University of Oxford, for his contribution to the field of Tropical Medicine. Join the LSTM for the ceremony, including a keynote address from Professor Marsh looking into the burden of malaria through recent decades, with cases falling in many places in Africa and large gains in child survival. Yet not all news is quite so good — Marsh also talks about the rise in drug and insecticide resistance and the inevitable reduction in immunity due to the falling exposure, as well as the issue of insufficient funding for control. He concludes that elimination and eradication should remain as long terms goals, but that elimination depended first on control. For this reason he calls for new strategies, the development of new tools and for an increase in global funding. 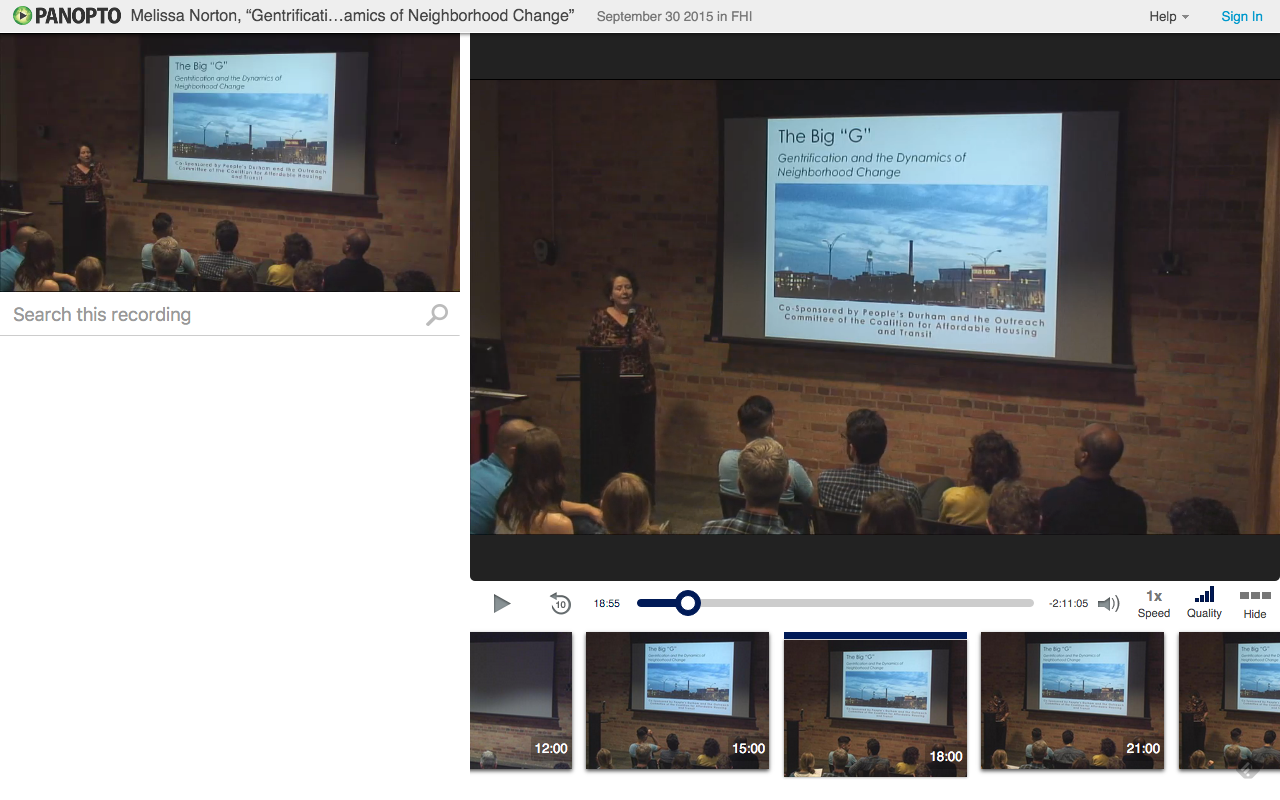 Gentrification and the Dynamics of Neighborhood Change
Central Durham is in the midst of major physical, social, and economic transition. After decades of languishing, Downtown Durham is now thriving with investment, new businesses, and activity. However, as desire to live near downtown grows, we are witnessing a fundamental change in the look, feel, and composition of its surrounding neighborhoods. Join Melissa Norton, the Project Coordinator for the Durham Living Wage Project, for this discussion at Duke University about building a common understanding of what the term “gentrification” means, looking at the history of displacement and disinvestment in central Durham, and proposing a range of tools to policymakers, communities, and individuals to help ensure an equitable and inclusive central city in the years to come. 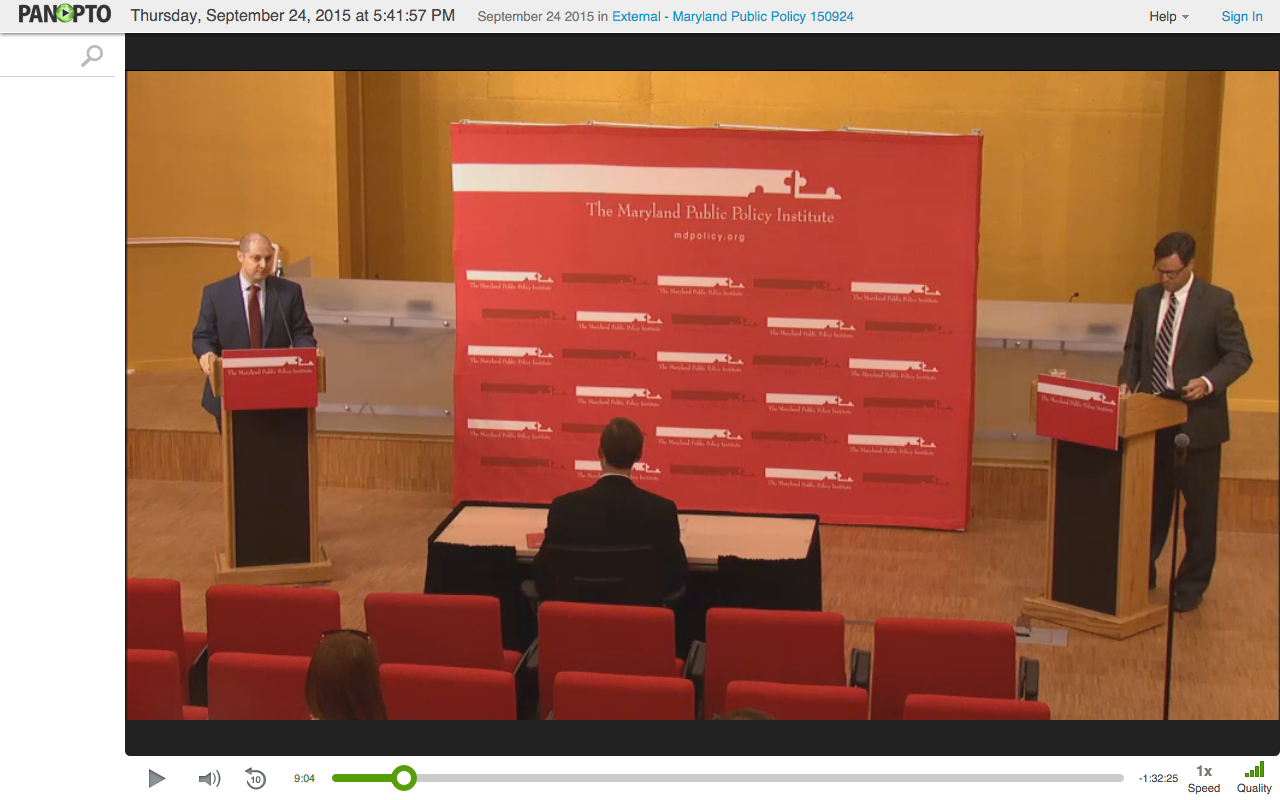 The Maryland Public Policy Institute Debate Series: Baltimore City Property Tax: How much should we cut?
Many policy scholars contend that Baltimore City’s property tax rate – roughly twice that of any other jurisdiction in Maryland— is an obstacle to the city’s renewal and its efforts to attract new residents and create greater economic opportunity. What few can agree on, however, is how much the city needs to cut its tax rate to be competitive, how to achieve such cuts, and where they should be targeted. Current public policy offers tax breaks for developers to promote building. Critics say breaks should be extended to all residents. Still others say targeted rate cuts for families or newcomers or requiring nonprofits, who don’t pay property taxes, to start would encourage more people and businesses to move to the city. No matter what city you hail from, this intelligent debate, held by the Maryland Public Policy Institute and staged at the University of Baltimore, is an exceptionally interesting dive into the details of metropolitan tax policy.

Enter a Rabble of Plebians! Social Disorder in Shakespeare’s England
Shakespeare’s England was a world of order and hierarchy. Such was the theory, anyway. The reality was very different. Join University of Oxford history professor Dr Jonathan Healey for this recorded lecture, as he peels back the facade of Elizabethan and Jacobean England, and finds that the Bard’s plays were written against a backdrop of very real disorder, discontent, misbehaviour, and cross-dressing.