In the past several decades, changes in video technology have frequently occurred through seismic shifts in ecosystem support. The triumph of VHS over Betamax, the subsequent shift from VHS to DVD, and the rise of H.264 have all followed a pattern in which the industry rallies around a technology and solidifies its position in the market. 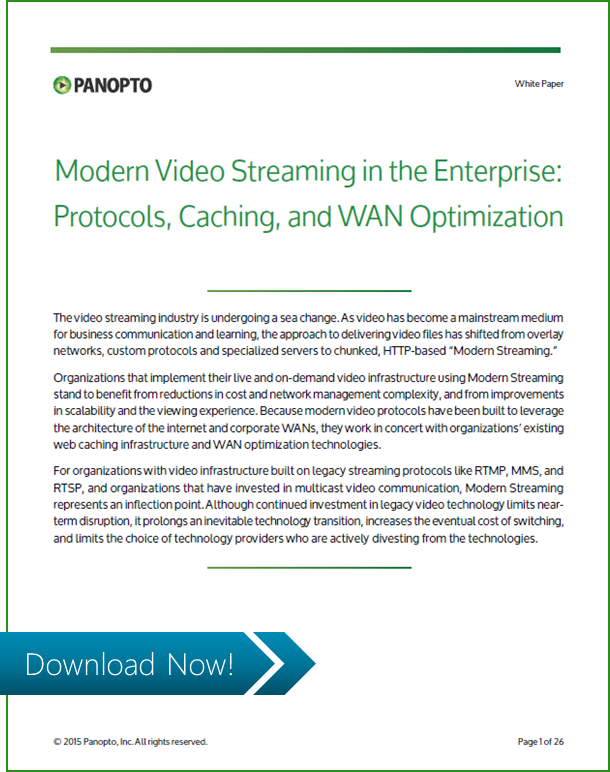 Organizations that implement their live and on-demand video infrastructure using Modern Streaming stand to benefit from reductions in cost and network management complexity, and from improvements in scalability and the viewing experience. Because modern video protocols have been built to leverage the architecture of the internet and corporate WANs, they work in concert with organizations’ existing web caching infrastructure and WAN optimization technologies.

For organizations with video infrastructure built on legacy streaming protocols like RTMP, MMS, and RTSP, and organizations that have invested in multicast video communication, Modern Streaming represents an inflection point. Although continued investment in legacy video technology limits near-term disruption, it prolongs an inevitable technology transition, increases the eventual cost of switching, and limits the choice of technology providers who are actively divesting from the technologies.