Here's What It Means for Your Business

In the past several decades, changes in video technology have frequently occurred through seismic shifts in ecosystem support. The triumph of VHS over Betamax, the subsequent shift from VHS to DVD, and the rise of H.264 have all followed a pattern in which the industry rallies around a technology and solidifies its position in the market.

For many organizations, Modern Streaming presents new opportunities to use existing network infrastructure for more scalable, cost-effective video delivery. For other organizations, the rise of HTTP streaming presents an inflection point in how network traffic will be managed. The extent to which organizations can reap immediate benefits from Modern Streaming is based on their network infrastructure investments of the past five to ten years, and on their ability to consolidate network traffic to the HTTP transport.

“We believe strongly that the future of CDN-based streaming video delivery is via cacheable, HTTP streaming protocols.”

Companies That Have Invested in Web Caching Systems

As HTML pages, images, documents, and other types of content traverse the internet and corporate networks, they pass through a series of intermediaries, or proxy servers. A caching proxy server, also known as a web cache or an HTTP cache, stores local copies of frequently-requested resources. When subsequent requests for a resource are made, the web cache can serve the content to the client rather than make a full round trip to the origin server. Web caching systems improve the response times of websites, reduce the load on content origin servers, and improve resource availability by using cached content in cases where the origin server is unavailable. Popular web caching technologies include Nginx, Squid, Varnish, and WinGate, as well as the Apache and Microsoft IIS web servers.

In recent years, most large businesses have implemented web caching as part of their network infrastructure. For these organizations, Modern Streaming offers nothing but opportunity. HLS, DASH, and other HTTP streaming protocols were built explicitly to work with web caching infrastructure. And through the use of expiration policies and effective cache management, the impact of video traffic on other web-based content can be minimized.

Another advantage of pairing Modern Streaming with web caches is the simple, cost-effective upgrade path as network load increases. Future upgrades come in the form of expanded HTTP edge caches—a commodity with ever decreasing prices. 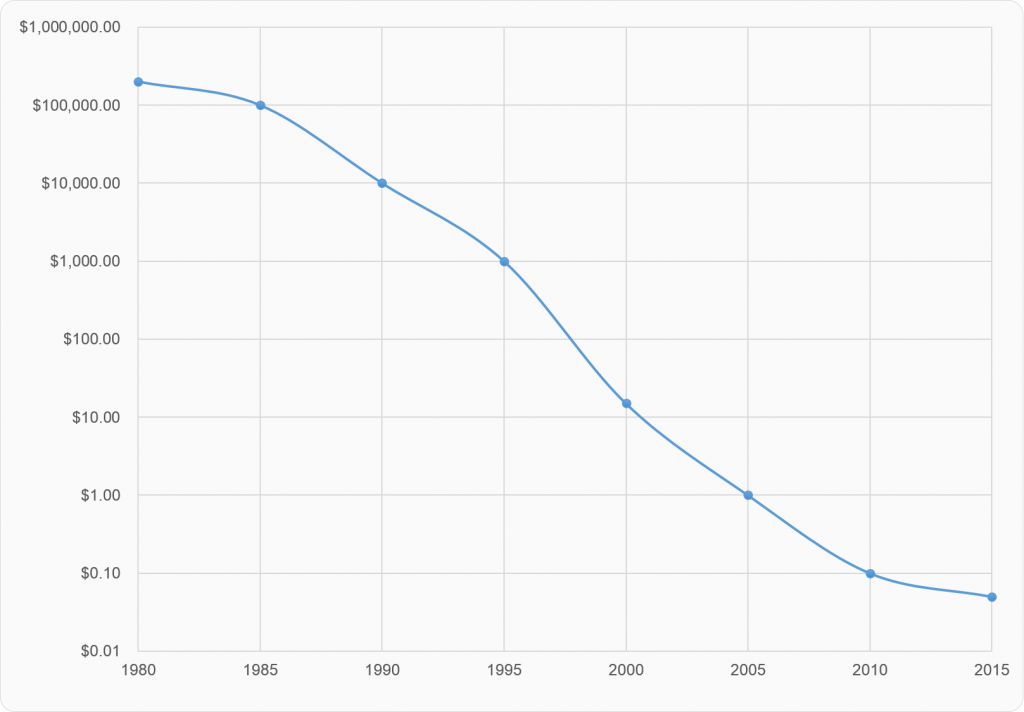 For organizations that stream media using HTTP, a web caching solution will often be all that is needed to optimize video delivery over the corporate network.

For organizations that haven’t yet invested in any form of caching or optimization, an HTTP cache should be the first step. Why? Planning for effective network management and planning for increased video traffic reduce to the same answer—content caching at the edge of the network.

For Companies That Have Implemented WAN Optimization Technology

Like HTTP caching systems, WAN Optimization (WANop) technologies improve the performance of data delivery across a wide area network. Typically deployed “symmetrically” at both the corporate data center and in branch offices as physical or virtual appliances, WANop solutions provide a superset of the functionality available in simple caching solutions. Their capabilities may include:

Like web caches, WANop solutions were built to work in concert with chunked data distribution—the same approach to distribution used by modern video protocols. This means that, at the most basic level, WANop systems can efficiently cache video chunks being streamed by HLS, DASH, or other HTTP-based protocols.

In addition, WAN optimization technologies like those offered by Riverbed, Blue Coat, and Silver Peak can apply traffic shaping and predictive data delivery to HTTP-based video just as they would with any other type of data. For example, traffic shaping policies could be set to identify different classes of video (recreational video from sites like YouTube, Skype for Business video calls, e-learning on-demand video, etc), and to throttle recreational video in order to prioritize business-critical web conferences and eLearning content.

Other WANop capabilities that can be applied to HTTP streaming protocols include:

Byte caching example: User 1 (top right) requests file 1. The file is downloaded from the server, and cached on the local WANop virtual appliance. User 2 (bottom right) then requests file 2. The WANop appliance sees duplicative content with file 1 (chunks 1-5), and then only requests non-cached chunks (A-K) from the server.

For organizations that have already invested in WAN optimization technology, Modern Streaming provides the perfect complement. Through the use of stateless, chunked video delivery, protocols like HLS and DASH integrate with native functionality in leading WANop solutions, providing an improved video playback experience while maximizing network throughput.

For Companies That Have Invested in Legacy Streaming Protocols

“There is very little, if any, innovation happening around RTMP right now. Adobe has even invested in their own HTTP streaming protocol. I don’t think that’s simply because they wanted to have a new toy.”

Many large organizations built their video infrastructure prior to the advent of Modern Streaming, when the only viable option was an overlay network using RTMP, MMS, or RTSP. Although these protocols, particularly RTMP, are still in widespread use, their adoption peaked several years ago, and their ongoing use is sustained by inertia, not by continued investment in the space.

What does this mean for organizations that have built their internal media networks on legacy protocols? As with any technology that is being sunset, they face a Hobson’s choice. In this case, repurpose their custom streaming servers and re-encode legacy videos, or face a market end-of-road.

For Companies That Have Invested in Multicast

“At this point if you’re considering a streaming technology, the overwhelming sentiment is to deliver via HTTP.” – Jan Ozer, Streaming Media Magazine

In recent years, the shift to Modern Streaming has unified the network transport layer, eliminating special-cased data delivery. Multicast was a lofty aspiration, but it represents the ultimate, all-or-nothing special case in network management and content delivery.

The death of MMS and other special-cased streaming protocols also signals the death of multicast. This puts companies invested in the technology behind the eight ball, and presents two options:

Option two may appear to be less disruptive. However, to choose this approach is to continue an investment in the past. At some point, every organization will have exhausted its ability to squeeze efficiency out of a bandwidth-constrained multicast network.

In addition, continued investment in multicast also limits the choice of technology providers, as more and more divest from a dying technology. Those who do continue offering multicast solutions are maintaining the fiction that multicast will persist into the next decade as a viable data delivery mechanism. At best, this calls into question the vendor’s understanding of video futures. At worst, it calls into question whether they have their customers’ long-term interests in mind.

Panopto is the first video platform built from the ground-up for Modern Streaming. In December 2014, the company released a major update to its video capture and management software—the first of its kind to implement an end-to-end media pipeline based on HLS, the de facto standard for HTTP streaming.

HLS has become the de facto standard for Modern Streaming,
with adoption extending far beyond the iOS ecosystem. Source: encoding.com.

Related Reading: 6 Things to Look For in an Enterprise Video Streaming Service 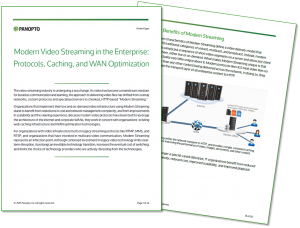 X
How could you be utilizing video more for employee training? Find out in our next webinar. Click to register.