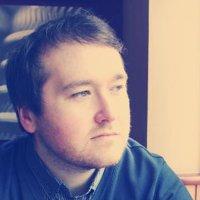 Lecture capture is a no-brainer. Above all the students want it, and I believe they will demand it in the future. It has improved my learning experience and it is an extremely valuable resource for exam revision.

Once the fears of being recorded and the number of attendees dropping at lectures fades, more universities and their academics will see lecture capture as an asset to the overall lecture experience, not a hindrance.

I attend Newcastle University in the United Kingdom. When I entered my studentship, lecture capture was already in-place. I didn’t see the potential at first. To me it was another resource to aid in passing my exams.

I am a terrible note taker. Let me rephrase that. I am a terrible paper note taker. I guess being a mature student doesn’t help. It has been a long time since I’ve had to use a pen and paper for any length of time. I’m also heavily invested in digital. In this day and age who isn’t? I take it a step further however by keeping all my notes digitally. The ability to access all my study material anytime and anywhere is a must. Much of my study time was spent in coffee shops last year, and let’s just say that I’m immune to background noise.

Leading on from that explains why I’m an edge case, in the sense that I am heavily invested in digital and lecture capture. Maybe more so than the average student, although I see myself as becoming the norm in the future, when students move away from paper and towards the mobile devices that are becoming so commonplace nowadays.

My routine with lecture capture consisted of keeping a note of what part of the lecture I’d thought interesting or required special attention, and I’d go through the lecture recordings each day and add notes to the relevant sections of the recording. That way I’d have easy access to the specific place in the recording at a future date if I needed to look up a specific point. At the weekend when I reviewed my notes, I’d go back to the sections I’d highlighted and watch back until I was satisfied. The ability to jump about in a recording is great. I don’t know anyone who hasn’t wished to rewind a lecturer on at least one occasion.

I find lecture capture was also useful in the study groups in which I took part. Puzzling out a problem in a study group is made a lot easier if you can watch the lecturer explain. It was something we just came up with, and it worked out extremely well. Especially when you can follow a lecturer along as they draw a complicated diagram, or solve a math problem.

Resistance to the system from a proportion of the academics is evident. The setup at Newcastle University consists of capturing a lecturer’s speech, coupled with whatever is displayed on a projector. I can understand the privacy concerns relating to full-motion videoing of lectures, but I cannot agree. I attended fantastic lectures last year, although one module in particular was taught mostly on whiteboards. The lecture capture system did its job, but audio alone wasn’t sufficient. Therefore, until there is an economical and relatively easy method of capturing whiteboards in addition to computer screens, then full-motion video lecture capture should be standard. I can say that I honestly don’t care if a lecturer had a bad hair day, or didn’t shave. What they are saying and the knowledge they are imparting is important.

Therefore, lecture capture is an additional resource a student may call upon to aid them in their studies. Sure they’ll be some students who use it as an excuse to skip lectures, but I assert that they’d most likely have missed lectures anyway. People who want to do well in University will put in the effort, and the recordings are just another tool to accomplish that.

Would I now consider lecture capture a prerequisite to considering a University? Before I used lecture capture in my studies, no. Now that I have used it and realised the benefits, most definitely.