What Are 21st Century Learners Searching For? 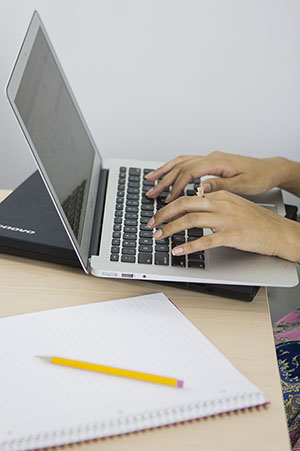 This week, a BBC news article revealed the most popular Google searches made by people around the world looking for universities. Interestingly, many of the institutions that tend to feature at the top of more traditional league tables were notably absent. Instead, a significant number of the institutions that made Google’s top 20 are universities with strong online offerings – whether that be institutions with full-blown online courses or those offering virtual access to learning materials.

Leading the pack as the most searched-for university was the US-based University of Phoenix, which provides numerous online courses. Massachusetts Institute of Technology, early pioneers of the OpenCourseWare movement, also featured, as did the UK’s Open University, which has been at the forefront of distance learning for decades.

So, what are we to make of the findings from Google?

First, despite the great MOOC hype of 2013, the findings don’t mean that there’s going to be an immediate exodus from university classrooms as students rush to embrace a purely online learning experience. In fact, at many institutions, student unions are pushing for contact time with professors to be increased, rather than replaced by virtual course materials. And we’ve seen first-hand that the introduction of technologies like lecture capture and new pedagogies like flipping the classroom, which some academics mistakenly fear will lead to a decrease in physical attendance in class, has been adopted by students as a supplement to the live experience, rather than serving as a replacement.

Second, it’s important to note that the growth in demand for wholly-online courses often comes from ‘non-traditional’ students, rather than the usual school-leavers universities have been used to engaging with. This could be people with full-time jobs or who have family commitments, making it hard for them to physically attend university or college. Or it could be learners in countries where demand for higher education outstrips the number of places physically available at campus-based universities. Online learning, then, is bringing higher education within the reach of people to whom it would have been previously inaccessible. This creates new opportunities for campus-based institutions to connect with a diverse group of prospective online students, bringing the best of brick-and-mortar online for virtual, distance delivery.

In the past year, we’ve seen this opportunity realized by a growing number of our customers who now use Panopto not only to support traditional students via lecture capture and flipped classrooms, but also to power virtual classrooms for purely online courses. Professors like Thomas Mueller from Appalachian State University, suggest that video can provide an engaging lecture-like experience for online learners, supported by interactive elements that build a sense of community amongst participants in the virtual course.

This last point is particularly important – some learners may want the convenience of being able to study online, but one of the key elements that aids completion of a course is a strong sense of engagement and ‘belonging’. These are things that universities are used to developing in the classroom, but which need to form part of any online experience too. The institutions that ‘humanize’ the online learning environment best, and make their virtual learners feel just as much a part of the university as those sitting in a lecture hall, are likely to be the ones appearing top in the next report from Google on most searched-for universities.

If you want to find out how Panopto can help you provide both distance and on-campus learners with great online learning resources, take a free trial or request a demo from a member of our team.