One of the most dependable means of earning attention is to present something familiar in a new way. And this week in 1981, the world was introduced to what has now become the canonical example of that truism when MTV made its first broadcast.

Music has been a part of the human experience since time immemorial. Musical performances have been common to virtually every culture likely as long as people have existed. And as technology made it possible to transmit sound, music became some of the first noises human beings saw fit to record and broadcast.

What made MTV remarkable was not simply that it shared music but how it shared it.

In the past music had never required a visual — it was entertainment for the ears, not the eyes. If seeing was a part of music at all, it was only in the sense of watching an artist perform.

MTV changed that, making music a visual presentation as well as an audio one.

That small, peculiar tweak (who would assume every song needed a movie, after all?) found the attention it had sought, however — and then some. Over the following 34 years, MTV would go on to redefine popular music and popular culture more broadly, minting a string of millionaire artists and becoming the de facto voice of what’s cool.

The medium MTV popularized would go even further, as music videos were often the most popular items shared on early online video platforms like YouTube. Today rather than pick up and move to Los Angeles, London, Nashville, or Austin, those web-based video environments are where many aspiring artists go to be found — with their own music videos in hand.

Of course, while music may be the most striking example of a an existing idea made exponentially more shareable with a little extra presentation, it’s far from the only one. From reports and proposals to handbooks and memos, people are finding that when you absolutely want to do everything you can to get attention, a simple, shareable video presentation can help break through the noise of daily life and really capture an audience. 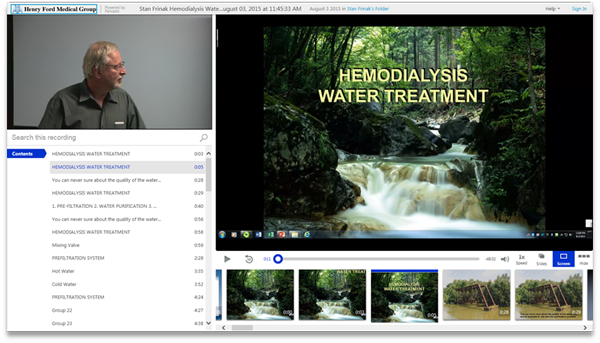 Hemodialysis Water Treatment
You can never be sure about the quality of water that will be available when a purification process would need to be started. Listen in as Stan Frinak covers the four stages of hemodialysis for water treatment, including the steps required for pre-filtration, water purification, storage and distribution, and disinfection, with the staff and students of the Henry Ford Medical Group. 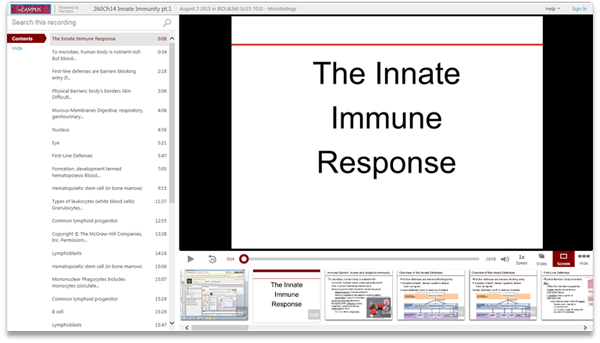 The Innate Immune Response
The world is rife with microbes, bacteria, and viruses — so how have people been able to survive with so many threats to our health? That’s the question at hand in this flipped classroom lecture from Pierce College. Join in with the students to learn about the innate parts of human immunity, how it works, and how it cooperates with adaptive immunity to keep us healthy. 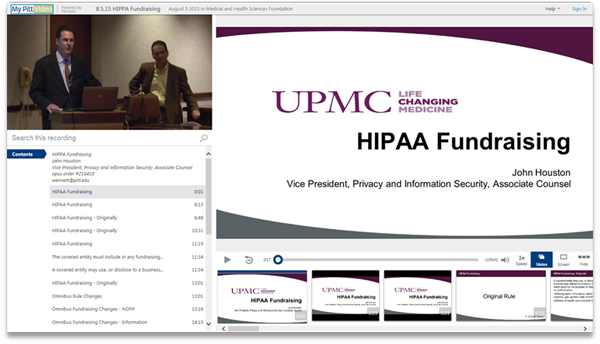 HIPAA and Fundraising
Privacy requirements are a serious concern in most professions, but perhaps none more so than in the field of healthcare where the federal Health Insurance Portability and Accountability Act (HIPAA) mandates a number of steps to be taken to protect patient privacy. Join John Houston, Vice President, Information Security and Privacy and Associate Counsel at the University of Pittsburgh Medical Center, as he shares the details of how medical providers should interpret and comply with HIPAA while performing fundraising activities. 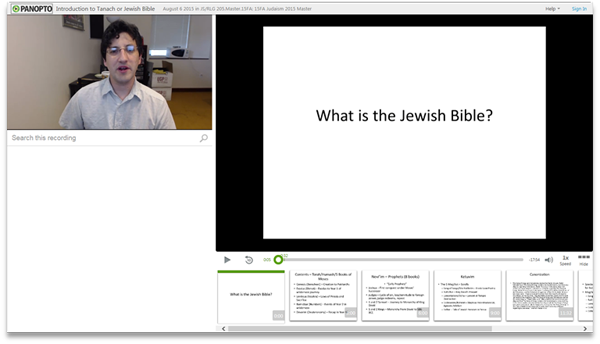 What is the Jewish Bible?
Gain a better understanding of one of the world’s oldest faiths in this flipped classroom video lecture on the Tanakh. Join the students of Goucher College for this look at the structure of the Tanakh, including the three books that comprise it — the Torah, the Neviim, and the Ketuvim. 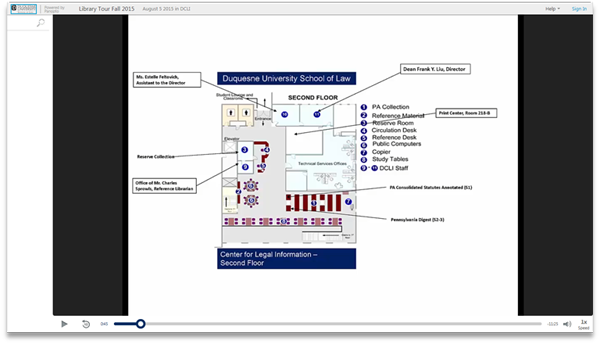 Duquesne University School of Law Library Tour
Finally this week, a video that may not be of much practical use to most, but is an excellent idea for all of us — see how the Duquesne University School of Law helps incoming students find their way around and get to know their library resources. Video tours are a great resource that can help a new hire or new student feel more familiar and at ease in their new surroundings. Give it a watch to see how helpful this kind of quick onboarding video can be (and, on the off chance you make it up to the bluff, to know your way around a great research facility).