60fps is Everywhere… Except Online

Stroll through the video camera department of your local Best Buy and you’ll be increasingly hard-pressed to find HD camcorders that don’t record in 60 frames per second (fps). The same holds true with other video recording devices, including medical imaging and industrial capture devices, action cams like the GoPro, and mobile devices like the iPhone 6 and Samsung Galaxy Note 4.

The devices we use to watch video in our homes and offices support 60fps as well. HDTVs, laptop and desktop monitors, tablets, and smartphones generally support playback at up to 60 frames per second.

Video games, most notably those built for the Xbox One and Playstation 4, are increasingly developed for 60fps playback.

It would seem that the entire digital video ecosystem has upgraded to 60 frames per second, were it not for one notable holdout: online video. Since the earliest days of internet video — in 2004 with VloggerCon and 2005 with the first video posted to YouTube — videos streamed across the internet and our corporate networks have been capped at a measly 30 frames per second.

It’s time for online video to catch up

In 2015, that decade-long trend is being bucked. A few months ago, YouTube announced limited support for 60fps video (viewable only in Google’s Chrome browser). And last week, Panopto announced that our video platform is the first to support 60fps in all web browsers and on mobile devices. In this post, we look at why 60fps provides a better playback experience, some use cases for 60fps video in business and universities, the reasons that online video has been unnaturally throttled at 30fps, and how Panopto implemented 60fps in our video platform. We’ve also got a handful of 60fps video samples to show you how good online streaming can look.

What is 60fps, and What Makes it a Better Experience?

Watching video is a learned suspension of disbelief.

When we watch video, we’re not actually watching smooth motion. We’re simply watching a rapid sequence of still images that tricks our minds into believing that there’s motion. In that sense, video is little more than a highly sophisticated digital flipbook.

That is arguably the purpose of video — to represent the reality of what was recorded with the highest fidelity possible. So as we increase the frame rate of video, its quality looks better because it more closely approximates the smooth motion that our eyes naturally see in the real world.

60 frames per second, however, is a unique benchmark for two reasons.

Second, even if most people could tell the difference between 60 frames per second and higher frame rates, we’re limited today by the screens on our desktops, laptops, and mobile devices. CRT and LCD monitors refresh at 60Hz. In other words, they update the on-screen image 60 times per second. So when you stream video at 60fps, you’re perfectly matching the maximum refresh rate of your screen. 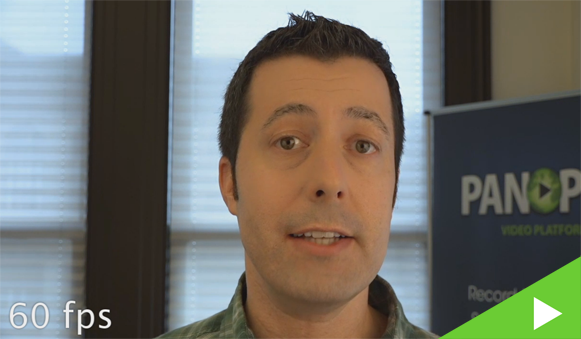 Not Just for Sports and Video Games

High frame rate (HFR) video is best known for its use in consumer-facing media — specifically video games and sports broadcasts. Both of these genres have benefitted from 60fps because they’re motion-intensive and accentuate the benefits of smooth video playback.

HFR video doesn’t only benefit the consumer segment, however. Because high frame rates make videos look more lifelike, they have the potential to improve the quality of nearly every type of media recorded for businesses and universities as well.

Consider industrial video that captures processes on a manufacturing floor. Industrial cameras, like those offered by Point Grey, have supported HFR video capture for years. Now, with HFR supported natively in video platforms, managers will be able to watch recorded or live streamed video in greater detail than was ever before possible. 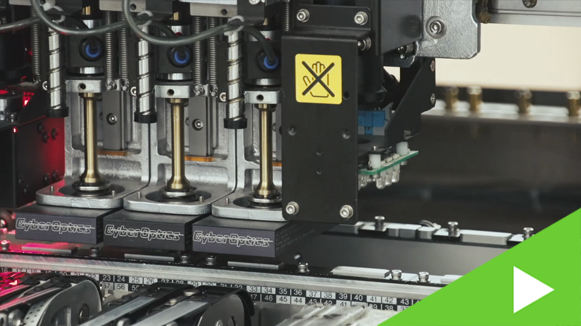 Medical imaging also benefits from HFR video, where biological events can occur in 1/60th of a second. If your video platform doesn’t capture at 60fps, an important event could be missed between frames.

Animations of all kinds are visibly improved with high-frame rate video playback. Medical animations can be seen with greater precision and CAD simulations provide more lifelike rendering of models. In the example below, Blausen Medical shows the potential of HFR video for broadcast-quality medical animations. 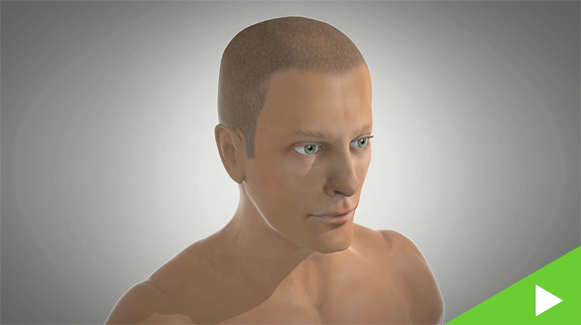 And as the first example above shows, even a mundane “talking head” video looks noticeably better at 60 frames per second. For everything from keynote presentations, executive communications, and live-streamed events to architectural videos, university lectures and science labs, 60fps delivers smoother, sharper video for businesses and academic institutions that feels more like an HDTV broadcast than the “good enough” online feeds we’ve become accustomed to in the past ten years.

But if 30fps is perceived to be “good enough”, do businesses and universities really need 60fps?

We looked at this question from a different angle: Does our technology stack have the ability to support 60fps, and if we implement it, will it benefit our customers?

The truth is that today’s video capture, processing, and delivery technology is ready for high frame rates. And because 60fps doesn’t increase the cost of storing and streaming media (video file size is a product of bitrate and duration), we believe that anyone in any business or university should have the option to dial up the knob from choppy 15fps video up to buttery-smooth 60fps.

But Why Has Online Video Been Capped at 30fps For So Long?

Even with the recent advances in network bandwidth and CPU processing power, achieving 60fps isn’t trivial.

In short, online streaming has been capped at 30fps for over a decade because achieving 60fps is hard. It’s hard for hardware manufacturers and it’s hard for video software providers. But as network speeds only get faster and processors only get more powerful, the 60fps standard for online video is inevitable. In fact, HFR online video was being tested as early as two years ago, when Blender Foundation and Janus Kristensen released what’s become an iconic 60fps animation, Big Buck Bunny. 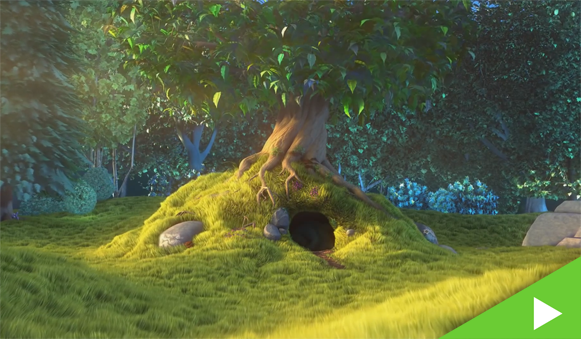 With the latest update to Panopto’s video platform, we’ve implemented support for HFR video recording, live streaming, and uploading. This means that, from a Windows desktop or laptop, Panopto customers can now capture video at up to 60 frames per second from any camcorder, document camera, medical imaging device, industrial camera, or any other media capture source that supports high-frame rate capture. It also means that pre-recorded videos, such as those captured on your iPhone or on professional video cameras in the field, can be uploaded into Panopto’s video content management system where they’ll be encoded for 60fps playback on any desktop or laptop.

In addition, a new 1080p60 quality setting for video podcasts makes it possible to stream video in 60fps to mobile devices as well.

Our video platform achieves high-frame rate streaming through a combination of:

As our customers begin capturing presentations and lectures in 60fps, and as YouTube and other video platforms roll out support for the new benchmark, the use of video as a medium for sharing knowledge and communicating will only accelerate. We’re excited to be a part of this evolution in online video, and look forward to seeing what you capture in HFR.

In the meantime, here are a few more sample 60fps videos currently streaming from Panopto Cloud. 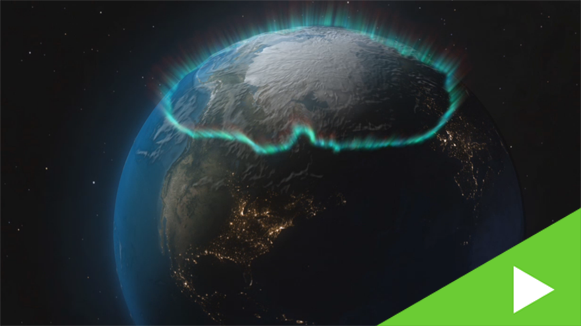 An overview of NASA’s MMS mission 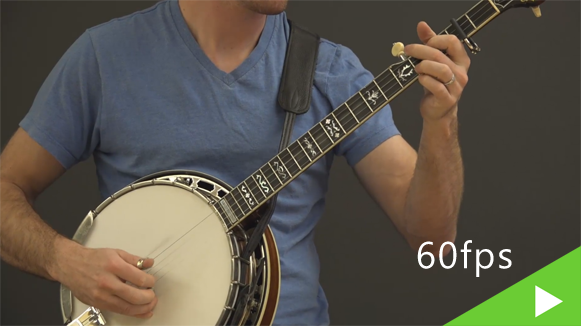 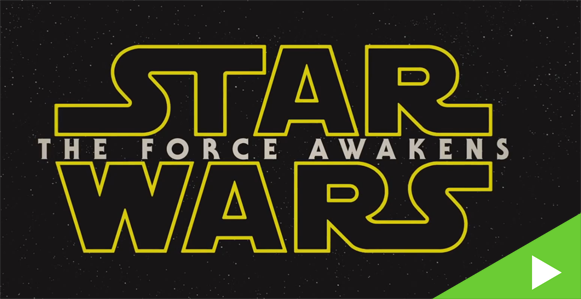 …and for our fellow Star Wars fans, here’s the 60fps trailer for “The Force Awakens.”

See why Panopto is the better alternative for hosting and streaming videos securely in our latest webinar.