Just a few short weeks ago, the world was surprised to see none other than Apple mar the public debut of its much-anticipated Apple Watch — the company’s first big product release in more than half a decade — when the live streaming video of the announcement events first failed, and was then simply unavailable.

Apple’s failure to provide strong, reliable live streaming video meant that thousands — perhaps tens of thousands — of interested potential customers were denied the chance to see the new Apple Watch as it was meant to be introduced, and instead were shown only Apple’s presentation slides (or worse, a test pattern). 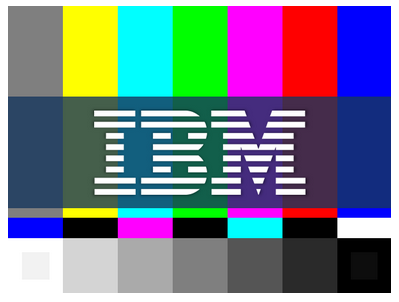 Delivering test patterns and error messages for not one, but two extremely high-profile product rollouts looked to be the worst-case scenario when it comes to streaming live broadcasts. After months of work by hundreds of staff members singly-focused on making the Apple Watch debut an unqualified success, poor support for live streaming video cost the company the chance to extend the welcome party to it’s devotees worldwide.

The disconcerting messages started popping up on Virginia Rometty’s screen not long after the IBM chief executive began a webcast to explain to her nearly 400,000 employees in 170 countries how she planned to reorganize the tech giant.

When the January presentation ended, Ms. Rometty fumed at colleagues, “We’re only the IBM Company—we’re better than this,” according to people who were there. “Get this fixed now!”

What makes IBM’s live streaming video failure so much more devastating than Apple’s issues is the context.

Apple’s technological missteps may have been public, but the general enthusiasm around the new product meant that observers mostly shrugged off the video failure to find other sources of information. And once the events had ended, all of the focus turned from what was said at the introduction to the technical features and applications of the product itself. Losing the live stream was certainly no positive, but with top media in attendance and key details leaked ahead of time, most of what Apple intended to share made it to the company’s audience.

IBM was not so fortunate.

Like Apple, IBM had scheduled it’s own make-or-break event — but this one was for internal eyes only. Close to half a million employees, in offices located in virtually every country on Earth, would attend.

Like Apple, this event was easily recognizable as a turning point for the company. After 12 consecutive quarters of financial losses, the CEO of IBM herself was to share her plan for restructuring the company and turning around the fortunes of the once-unstoppable giant.

Until, like Apple, a technology failure cost her the opportunity to do so.

And there, unfortunately for IBM, is where the similarities cease. Because while people could work around Apple’s challenges, there was no way employees could sidestep IBM’s outage. There was no supporting Twitter discussion. No fallback audio track. No supplemental slides to download.

The event was intended to be an all-hands rally, a live event where IBM’s leadership could debut their plans for reinventing the company and regaining profitability. Scheduled in the wake of multiple rounds of layoffs, employees tuned in with bated breath to learn the specifics of what the future would hold.

When the live stream crashed, the whole event went off the rails.

Today video has become an important part of how just about every company communicates ideas and information. With on-demand video, companies can supplement and scale their corporate communications initiatives to offer greater transparency and more information, recording and sharing internal events like town halls, annual conferences, quarterly updates, and essential executive communications.

Thanks in large part to the popularity of video conferencing tools like WebEx and GoToMeeting, as well as to new social video streaming apps like Meerkat and Periscope, many organizations are now looking beyond recorded video to attempt to provide a live broadcast of important events as they happen.

When those efforts succeed, the effect can be a powerful moment of organizational unity — as team members from around the world all simultaneously experience the same event and hear the same ideas.

However, as two of the most recognized names in technology have now learned, when it comes to live streaming video, much can go wrong if your organization doesn’t first have the right technology to support the broadcast.

Live Streaming for Events Can Be Complicated. The Right Video Platform Makes It Easy

Fortunately for most organizations, broadcasting live streaming video is easier than IBM and Apple make it look. 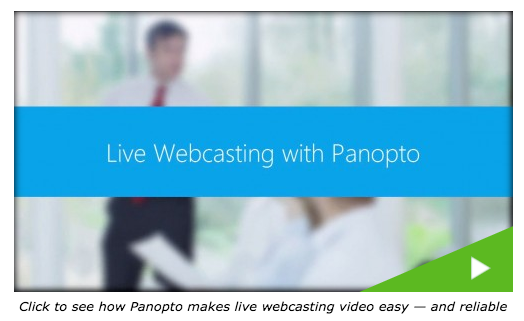 With a video platform like Panopto that includes native support for webcasting, you can live stream high definition video of your events and presentations to audiences of thousands around the world. Using Panopto, you can easily broadcast your product launch events, press conferences, presentations, meetings and more to employees, partners, customers, or the general public.

With Panopto, you can instantly turn any Windows PC into a professional live streaming device. Panopto’s unique multi-camera functionality streams video from multiple camera angles while simultaneously recording to disk, saving you time in post-production and minimizing AV equipment costs. Viewers can also submit questions to the presenter for an interactive experience. The result is a reliable online event at a fraction of the cost.

Best of all, a Panopto webcast can be played online with any web browser that supports Flash, as well as on any iOS mobile device including both iPhone and iPad. Webcasting with Panopto ensures your audience can play your video live stream on virtually any computer, — and that no matter how big that audience gets, you can scale to meet the need for bandwidth without failing over to a test pattern.

Your events are only valuable if your audience can actually see them. While IBM and Apple may still be working out the kinks on their own systems, for everyone else, professional, reliable live streaming for events is already available as a standard part of a modern video platform.

Interested to learn more about live webcasting at your organization? Contact our team to request a free trial of our software.