This Week In Ideas Shared With A Panopto Video — September 19, 2014

In even-numbered years, autumn in the United States can be quite blustery. In September the winds have yet to pick up, but the politics are already at gale.

There is nothing that so well underscores the value of a strong presentation than political discourse. And as the 2014 US Congressional election cycle draws toward its closing month, a great number of universities, professional organizations, trade groups, and other interests will open their floor to the debates that are shaping the nation.

This week New Mexico State University brought all those ideas and insights under one roof, bringing together leading minds from federal, state, and local government as part of the 2014 Domenici Public Policy Conference.

With an impressive list of speakers and presentations scheduled to cover several of the most pressing topics in American politics, New Mexico State University also wanted to make sure the ideas discussed at the conference reached a broader audience than just those in the seats. So the university turned to its campus video platform, Panopto, to share every presentation both live via webcast, as well as later anytime, anywhere on-demand.

For the full agenda for the 2014 Domenici Public Policy Conference, complete with links to each session recorded with Panopto, visit the university’s Panopto video library. In the meantime, here are just a few of the impressive list of sessions held: 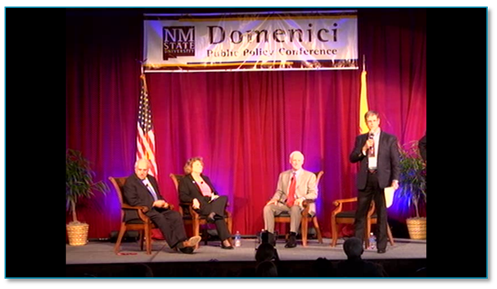 The Bipartisan Challenge in Washington
This panel discussion brings together former U.S. Secretary of Agriculture and Congressional Representative Dan Glickman, former Governor of Oklahoma and CEO of American Bankers Association Frank Keating, and former President of the League of Women Voters of the United States Mary Wilson to discuss the state of bipartisanship in Washington DC today. The trio discusses how bipartisanship has changed over the years, and offers ideas for encouraging greater collaboration between the political parties. 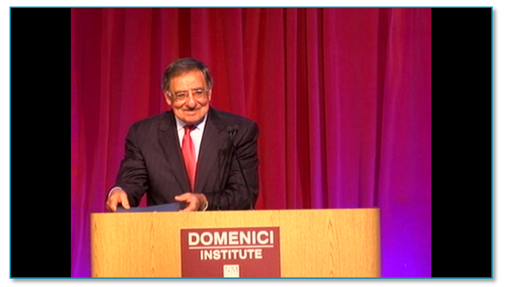 Defense Priorities: The Next Five Years
Leon Panetta served as Director of the Central Intelligence Agency from 2009 to 2011 and as US Secretary of Defense from 2011 to 2013. In this recorded keynote address, hear his thoughts on the key priorities for America’s strategic defense for the coming 5 years. 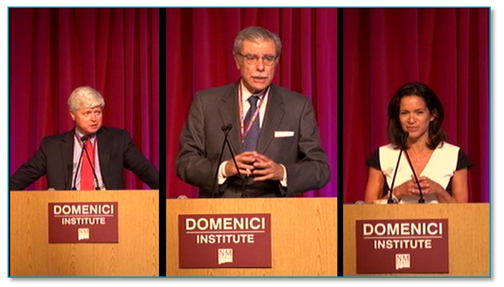 Immigration Reform: Three Viewpoints
Immigration continues to be an issue of much debate, especially in New Mexico and the American Southwest. To give the topic its full merit, New Mexico State University asked three speakers to address it — click each name to see the speaker’s presentation. 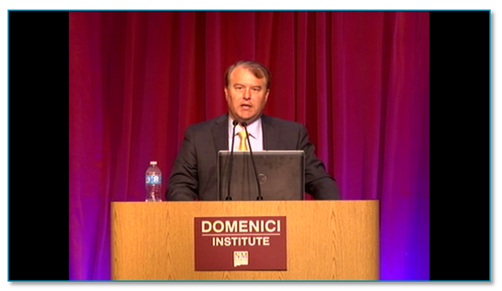 Cyber Security
John Zepper, Director of Computing and Network Services at Sandia National Laboratories closes out our highlights from the conference, sharing his insights on the state of cyber security. Zepper looks into the cyber threats the world faces today, with the goal of raising awareness of this potentially critical issue.

Of course, New Mexico State was just one of the many places where ideas were shared this week. Take a look at just a few more of the enlightening presentations we saw this week. 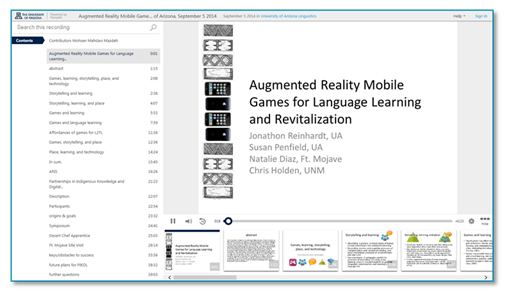 Augmented Reality Mobile Games for Language Learning and Revitalization
Joining the University of Arizona’s Linguistics Department for this fascinating recorded lecture on how mobile video games that include elements of augmented reality can be tapped to help users learn language through the power of visual storytelling and place-based learning. 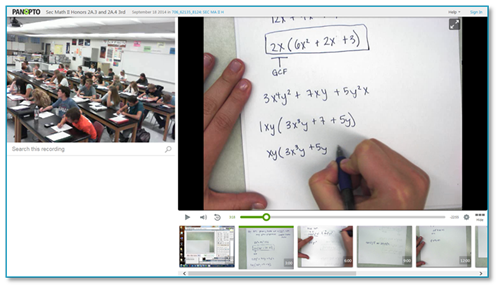 Honors Math
Finally, sit in with the students in honors math for this lecture capture video demonstration of multiplying polynomials. Revisiting algebra may be a trip down memory lane, but it’s also a great way to get a refresher course on one of the most fundamental aspects of logic and reasoning.

Try It For Yourself!
Panopto makes it easy for anyone, anywhere to record presentations and share them online, both as live streaming webcasts and recorded on-demand video. To see how Panopto can help you share your ideas, contact our team for a free trial today.