For most of us, it’s hard to imagine there was ever a time when professional sports struggled to find an audience. Today’s big leagues are a daily obsession for many, with 24/7 TV channels, a dedicated section in most every newspaper, and a more or less constant presence in our social network feeds and casual conversations.

But this wasn’t always so.

This week marks the anniversary of Major League Baseball’s first All-Star Game, first played in 1933. It was an event conceived of not as an enthusiastic expression of the sport’s popularity at the time, but as an act of concern aimed at helping to revive a nation’s flagging attentions. Between a series of scandals and the financial squeeze of the Great Depressions, baseball’s audience fell 40%.

In order to revive that interest, the All-Star Game was conceived as a means to bring the very best of the game to the people in a new way. And so successful was the event that while it was initially proposed as a one-time game, by the next year it had become an annual occurrence (this year’s takes place on Tuesday), and one that would go on to inspire similar events in other professional leagues around the world.

Today’s universities and other non-profit organizations are no stranger to the way a well-known speaker or two can boost interest in conferences, symposia, and events. And businesses now well understand that a big-name keynote address can make a mundane event a must-see, and help inspire engagement in a way that an unfamiliar voice often cannot. SXSW, Dreamforce, and the TEDtalks series are but a handful of the trade shows that have become household names thanks to a little all-star power.

Like the 1933 All-Star Game, such events used to be a you-had-to-be-there occurrence. Television, of course, offered a technology that could expand a ballgame’s audience, and that’s just what it’s done for more than 50 years. Academic and professional conferences may not have a dedicated channel on the cable box, but as the web and modern video platforms like Panopto become commonplace, organizations of all kinds can tap video to record, broadcast, and share their all-star events to ever-expanding audiences online.

This week we saw more and more people taking advantage of the power of video to share ideas, present information, and show how the world works. And in the spirit of passing it on, these are just a few of the ideas shared this week with Panopto’s video recording software. 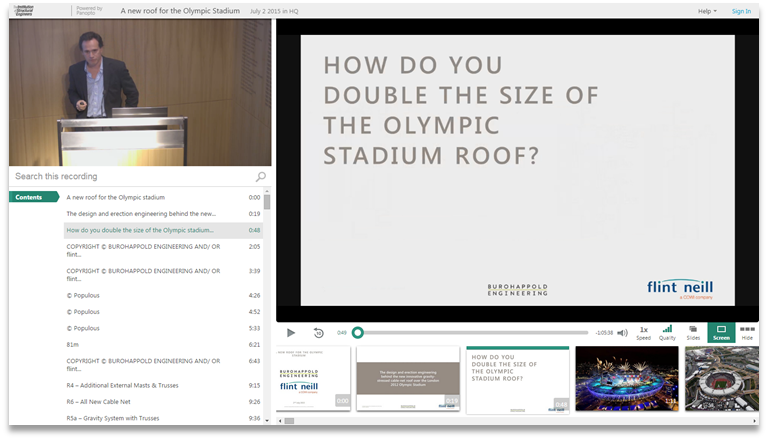 A New Roof for the Olympic Stadium
The Olympic Stadium in London has been transformed and will soon reopen as a world-class multi-mode athletics and football stadium. Join the Institution of Structural Engineers for this keynote address from Chris Walker, Principal Engineer, Flint & Neill Tim Finlay, Associate, Buro Happold, describing the design and erection engineering behind the innovative gravity-stressed cable-net roof including work to deconstruct the original Olympic roof and strengthen the retained supporting structure 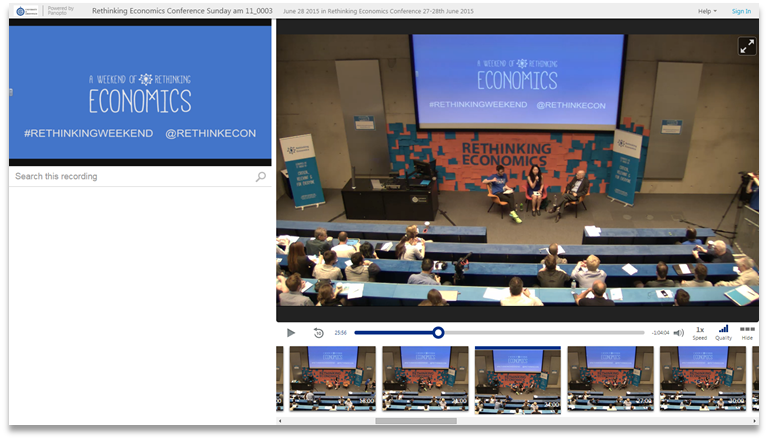 Rethinking Economics Conference Keynote
The 3rd annual Rethinking Economics conference in London brings together students, academics, professionals and the public to rethink the future of economics in academia, media, and policy-making. Join the audience at the University of Greenwich to be part of the conversation, and to see the engaging keynote address from Daniel Kahneman. Kahneman, an Israeli-American psychologist, behavioural economist, and author of ‘Thinking, Fast and Slow’, shares the insights from his best-selling book on the rationale behind economic decisions and risk-taking. 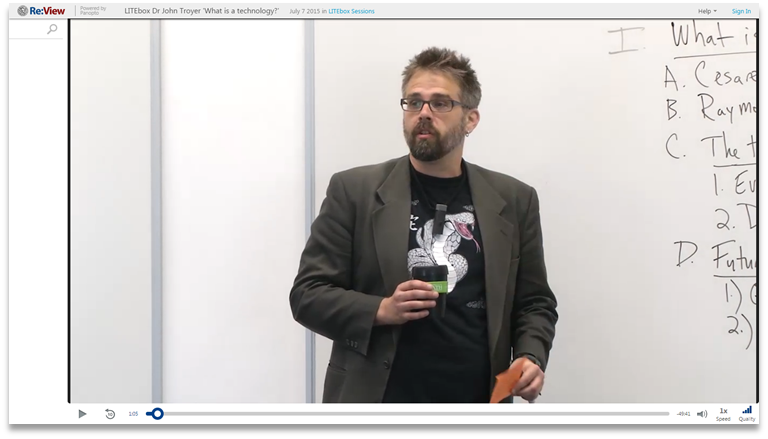 What is a Technology?
Across Higher Education there appears to be shared agreement about the value of technology to enhance student experience and to promote creative teaching environments. Learning technologies, virtual learning environments, and e-learning platforms are now commonplace within Higher Education. Some might say that the use of technology-enhanced teaching has become synonymous with innovation, but has this led to the deployment of technology for technology’s sake? Dr John Troyer discusses the theoretical and methodological role of technology within his research and the way that this has shaped his use of technology in his undergraduate teaching. He draws on his own experience as a case study through which to discuss the rise of digital technology, the implication for student engagement and his attempts to avoid techno-determinism within his practices. Within the seminar he challenges the assumption that technology, especially digital technology, is inherently beneficial for students and teachers as well as wider society. 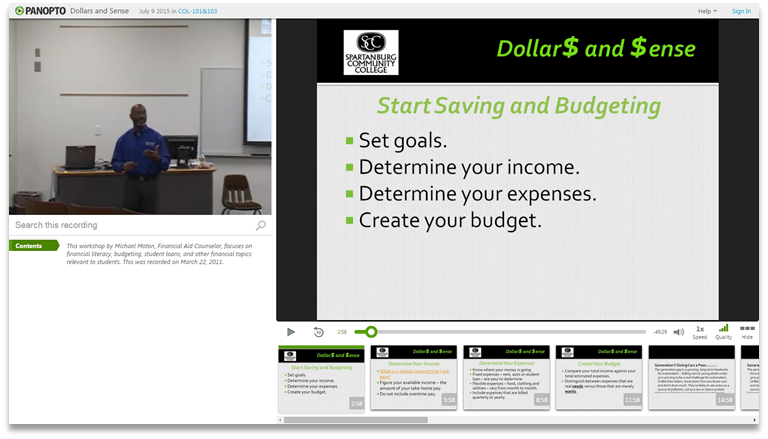 Dollars and Sense
When they arrive on campus, incoming college students often need a bit of a quick education on managing their own personal finances. Sit in with the students at Spartanburg Community College for this workshop by Michael Moton, Financial Aid Counselor, focusing on financial literacy, budgeting, student loans, and other financial topics relevant to students. 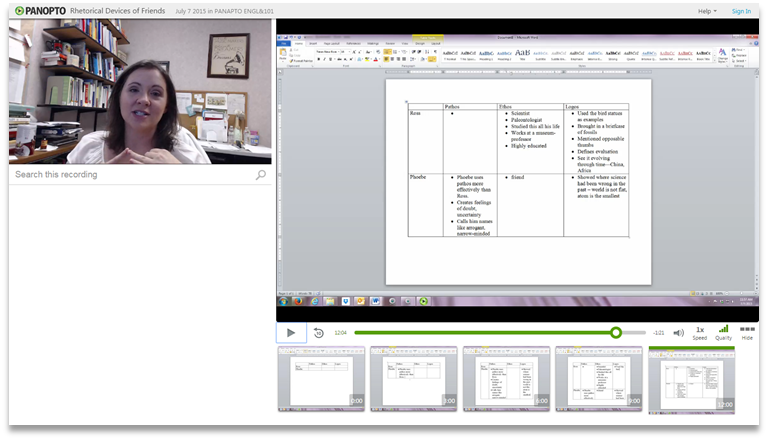 The Rhetorical Devices of ‘Friends’
When it comes to sharing academic or textbook style factual information, often the best way to help an audience connect the facts to their own lives is to demonstrate how the content plays out in the real world and in popular culture. The study and application of rhetorical devices dates back to ancient Greece — see how it plays out in a more current environment, in this flipped classroom video from Columbia Basin College.