If you ever wanted to prove you had an idea that could break the sound barrier, history tells us this second week of October is the time to show it.

The trend dates back to 1947, when Bell Aircraft and US Air Force Captain Chuck Yeager proved that an airplane could fly faster than the speed of sound in tests of the experimental X-1 rocket plane.

65 years later, the sound barrier would fall once more — this time not to a machine, but a man. Financed by energy drink company Red Bull as a viral marketing campaign, Australian skydiver Felix Baumgartner stepped out into the air nearly 24 miles above the Earth, reaching Mach 1.25 during his freefall.

Until each succeeded, most believed it couldn’t be done. The speed would rip the rivets right out of the plane, would make it impossible to open a parachute.

But every idea is impossible until it has a champion.

Both Bell and Yeager and Red Bull and Baumgartner knew they had found a way. They’d made the calculations. Crafted the plans. Tested and practiced. They knew breaking the sound barrier wasn’t something that couldn’t be done, it was merely something that hadn’t been done.

When both proved that Mach speeds were indeed possible, they captured the world’s attention. Back in `47, Yeager’s demonstration made headlines. Three years ago, after YouTube, Facebook, Twitter and technologies helped to make video easy to share and view anywhere, Baumgartner’s step became the most-watched recording in history. 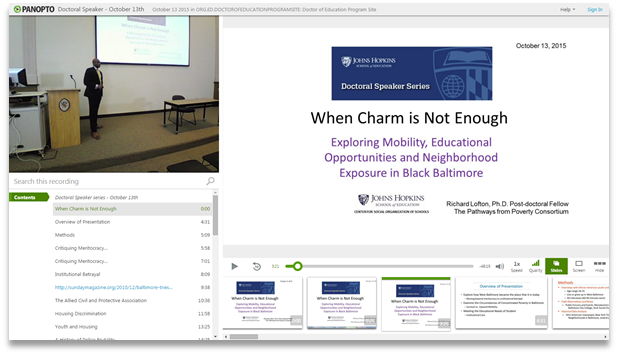 When Charm is Not Enough: Exploring Mobility, Educational Opportunities, and Neighborhood Exposure in Black Baltimore
Join Richard Lofton of the Pathways for Poverty Consortium for this presentation at the Johns Hopkins School of Education as part of the school’s Doctoral Speaker Series. Lofton explores the factors that have made West Baltimore the place it is today, and examines the circumstances of concentrated poverty in the city and what it means for the educational needs of its students. 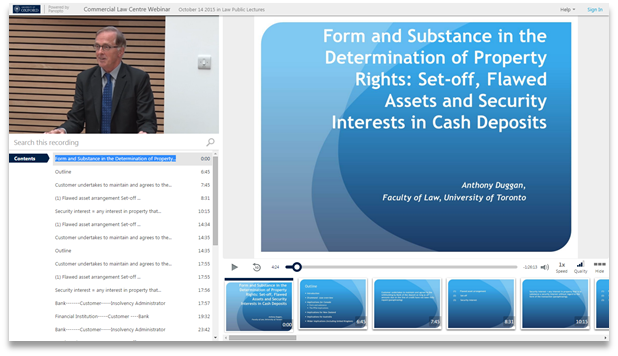 Form and Substance in the Determination of Property Rights: Set-off, Flawed Assets, and Security Interests in Cash Deposits
Whether a contract creates a proprietary interest or merely personal rights is an issue with which the law has had to grapple many times. The result in a particular case will often depend on the approach of the courts to characterisation: should it be a matter of form or of substance? This presentation by Professor Tony Duggan of the University of Toronto examines these issues in the light of the decision of the Canadian Supreme Court in Caisse Populaire Desjardins de l’Est de Drummond v Canada [2009] SCC 29, and reflects on the implications for the law in Canada and throughout the common law world. This presentation will be of great interest to all concerned with the approach of the courts to the legal concepts used in financial transactions, as well as those interested in the conceptual taxonomy of the common law. 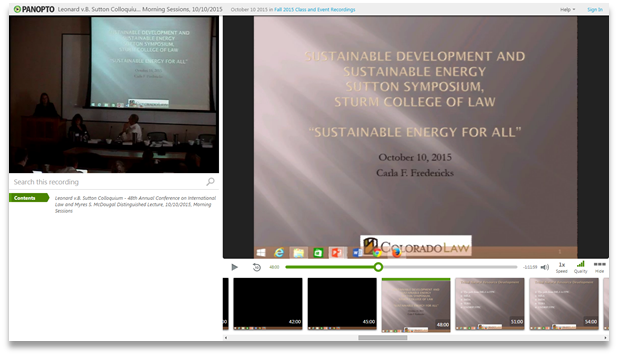 Leonard v.B. Sutton Colloquium — 48th Annual Conference on International Law
As a guiding international law principle with significant normative value, Sustainable Development has captured the world’s attention. The Sustainable Development Goals, which the United Nations General Assembly will adopt at the current session include ending poverty, protecting the planet, enabling access to sustainable energy and ensuring prosperity for all. This year’s Leonard v.B. Sutton Colloquium brings together leading experts to discuss the challenges international community will face in realizing the Sustainable Development Goals, especially sustainable energy. Leading scholars will present their academic work on the Sustainable Development & Sustainable Energy. Panels will address: The challenge of access to energy for 2.8 or so billion people globally and how the unmet needs of the energy poor might be satisfied; The processes of unconventional oil and gas exploitation transforming the world economy, rendering irrelevant traditional energy thinking; and unleashing a host of new problems and potential opportunities; And how even renewable energy sources, which do not involve explosive risks or produce emissions or toxic wastes, have met with resistance because of aesthetic, religious, or cultural concerns.

More Knowledge and Less Fear. Conversations on the current refugee crisis.
Between January and July 2015, 340 000 people crossed EU borders, majority of them came from Syria. They run away from civil war, conflict or political regime. Europe seems a safe haven. Human dignity is a challenging concept of the 21st century, a foundational value of the European Union and its human rights commitment under the Lisbon Treaty. Join the University College, Cork, in Ireland for this panel discussion that seeks to provide a historical background and a broad context to the current refugee crisis, including religious and racial conflict, migration, integration, dialogue (or the lack of it), and human rights. 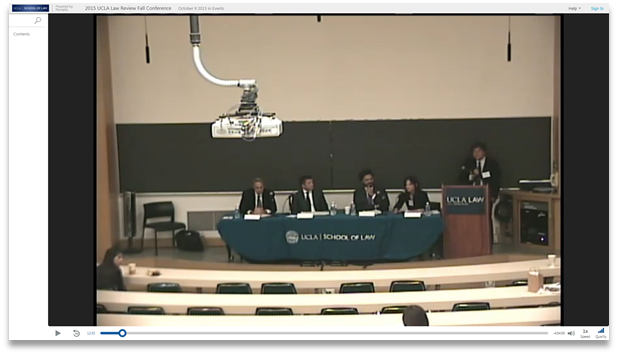 Solar Power: Powerful. Loved. Full of Possibility.
Join Lower Columbia University for this latest edition of the school’s series of Community Conversations. During the 2015 Fall Quarter, LCC is cultivating stimulating conversations about jobs and the environment by industry leaders and LCC faculty. This week, hear from Doug Boleyn of the Solar Oregon Board of Directors and Cascade Solar Consulting and find out what it’s really like to work in the solar energy industry.

Try It For Yourself