It doesn’t have to be this hard.

Last week featured the 32nd installment of the MTV Video Music Awards, arguably the world’s bellwether for popular culture. This year’s edition showcased a litany of superstars and no shortage of Tweetable moments — as well as a picture-perfect example of overthinking event video.

Live video streaming for events has become more and more commonplace, and MTV’s marquee awards show was to be no exception. Viewers flocked to the online broadcast. Online viewership was up 55% over just last year.

But once online, viewers were quick to realize something was amiss. Instead of a simple, take-anywhere, on-demand stream of the event, MTV overthought it. The live stream featured no end of crowd shots and backstage video, but ended up missing several of the show’s most talked-about moments. Media coverage was not kind.

How you capture the moment and what you’ll share will be different from event to event. You’ll want to tailor your recording to best document all the sessions and keynotes lined up.

Most importantly, you’ll want to learn from MTV’s mistake — while it’s great to provide a backstage pass or other insider features to help web viewers feel as though they’re right there next to you, don’t forget to train a camera on the main stage too. 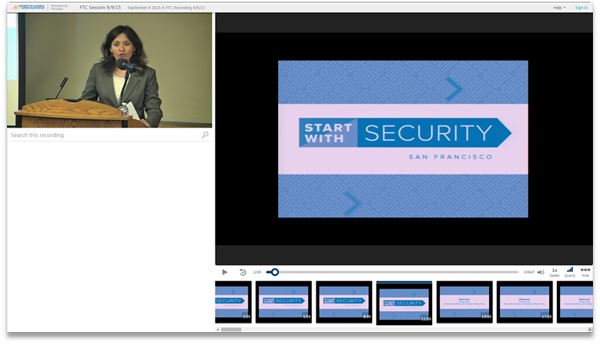 “Start with Security” FTC Data Security Workshop
Don’t miss the Federal Trade Commission’s first “Start With Security” conference, hosted by the University of California Hastings College of the Law. Designed for start-ups and developers, this event brings together experts to provide information on security by design, common security vulnerabilities, strategies for secure development, and vulnerability response. Featuring a number of panels and keynote speakers including some of the best minds in data security today, the conference series is a key part of the FTC’s business education initiative to provide companies with practical resources to help them implement effective data security strategies. 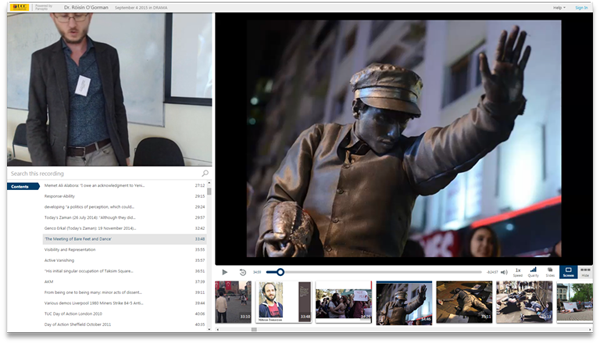 Performance & Politics & Protest
Recent international political movements ask us to consider how sweeping socio-political change emerges. Join the University College Cork’s Women’s Studies, School of Applied Social Studies, Drama & Theatre Studies, and School of Languages, Literatures and Cultures for this As a starting point this symposium reflecting on the intersections of performance and political life. Presenters raise a range of on-going issues: What role, if any, do the arts play in moments of (dramatic) political change? How can performance and the arts more broadly both provoke and respond to change? How can the immediacy of performance enable political action? And what is the role and efficacy of the arts in the evolution of our thinking, law-making, policy decisions, and more? 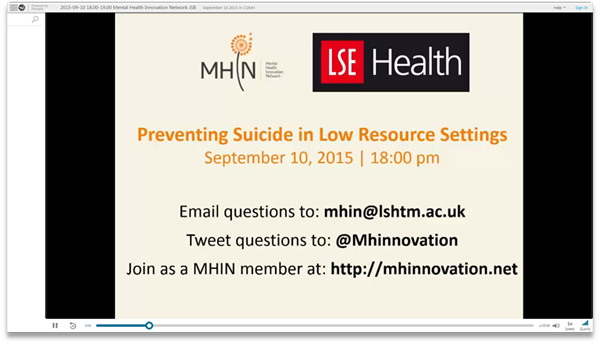 Preventing Suicide in Low Resources Settings
According to the World Health Organization over 800,000 people die by suicide each year, globally, and many more attempt suicide. The impact on families, friends and communities is far-reaching for many years forward. In public health, suicide often fails to be prioritized as a major problem and despite an increase in research and understanding about suicide, the stigma around suicide prevents people from seeking help when needed and health systems services often fail to provide timely and effective help. This year’s World Suicide Prevention Day will be marked by the theme “Preventing Suicide: Reaching Out and Saving Lives.” Join the Mental Health Innovation Network and the LSE Health of the University of London for this important seminar, featuring a distinguished panel of experts discussing their experiences of developing successful suicide prevention interventions and national-level suicide prevention guidelines in low resource settings. 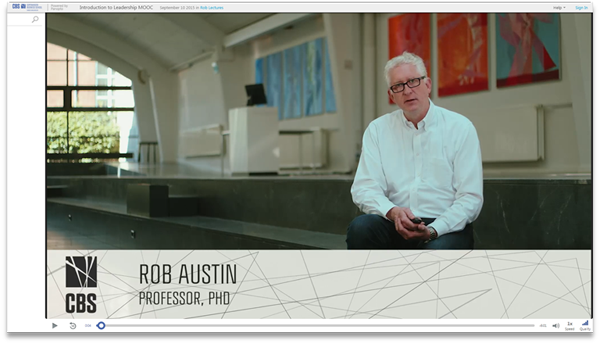 Introduction to Leadership in 21st Century Organizations
Join Professor Rob Austin of the Copenhagen Business School, for this introduction to one of the university’s newest MOOCs — Leadership in 21st Century Organizations. Experts agree that twentieth-century leadership practices are inadequate for the stormy twenty-first-century present. This provocative course is designed to equip learners with the insights they’ll need to rise with the occasion on a rapidly shifting business landscape. 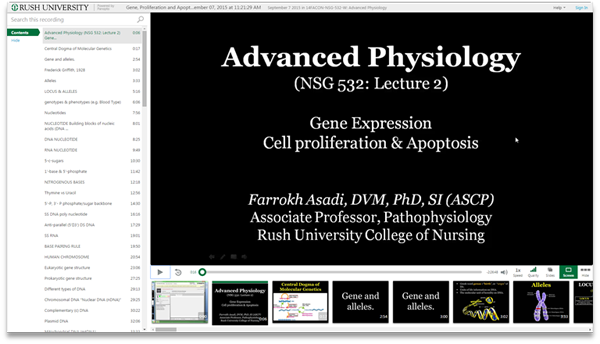 Advanced Physiology: Gene Expression
Ever wondered how your DNA replicates itself? Or how the details of your genetic code are actually applied in your body’s cells? You’re about to find out. Join the students at Rush University for this recorded lecture by Dr Farrokh Asadi, as he dives into the most elemental building blocks that make up every living thing on earth. 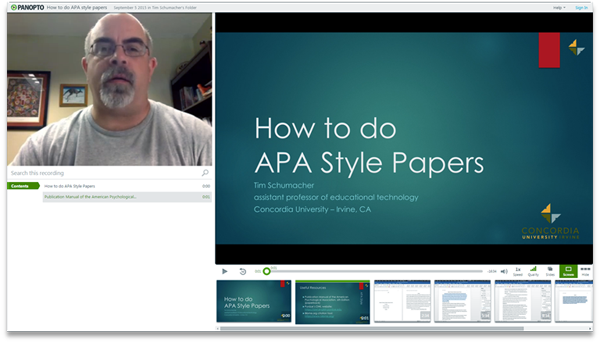 How to Do APA Style Papers
It’s Back To School season and for many students (and professionals too!), that means getting back in the habit of writing according to the correct style. Join Concordia University’s Tim Schumacher for this quick refresher on APA Style for writing and citations. It’s a great resource that’s easy to follow.