Maybe it’s the mountain views. Or the ocean air. Or the incredibly inspiring neighbors.

Whatever the reasons, over the past decade Seattle has become a booming innovation hub. The number of business to business (B2B) software companies headquartered in the Seattle area has grown exponentially, including of course two of the world’s biggest tech giants —  Amazon and Microsoft — and a rapidly growing number of startups as well. 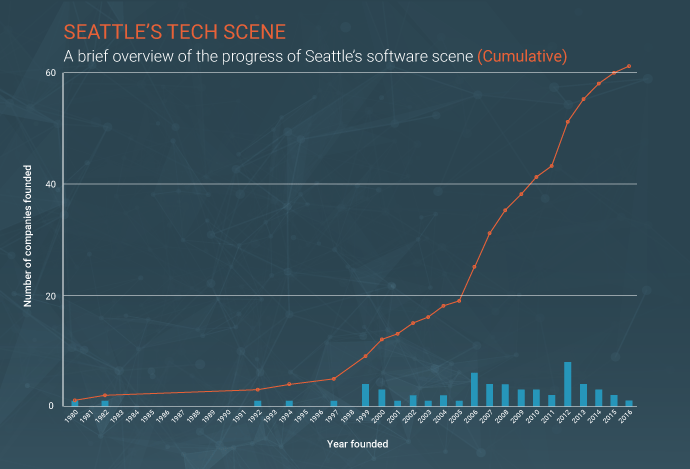 Source: Software vendors on G2 Crowd with headquarters currently in the Seattle area

While Panopto was born in Pittsburgh in 2007, we’ve been a proud part of Seattle’s emergence. We’ve called Pioneer Square home since the Aughts, and officially made our offices in Smith Tower our worldwide HQ in 2015. And much like Seattle, we’re growing too — we now have two floors in Smith Tower, and we’re continuing to add new members of the team.

We’re proud to be the leading video company among Seattle’s tech scene. Which is why we were thrilled when G2 Crowd recently named Panopto among the top B2B tech companies in Seattle, sharing accolades with Tableau, Amazon, Zillow, Redfin, and more. G2 Crowd scored the top 25 software and services companies by user satisfaction, so we are incredibly honored to have earned a spot on this list. 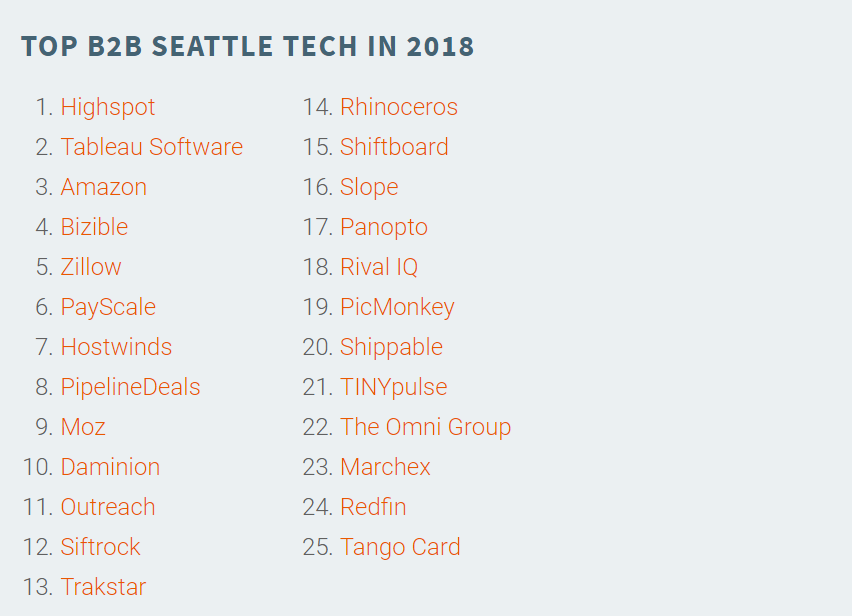 Video continues to be an important part of how organizations around the world teach, train, and communicate, and Panopto’s video platform is at the forefront. Named a “Leader” by Gartner and lauded for “The Best Support for Video Search” by Forrester, businesses and universities choose Panopto for our easy-to-use video CMS, our flexible recording capabilities, our unmatched speech and text search, and our industry-best customer support. We even recently launched support for 360-degree VR video.

Just as important as the accolades our product has earned, we’re proud of the culture we’ve built. Panopto has also been named one of the 100 Best Places to Work in Washington by Seattle Business Magazine, as well as one of the 10 Best Small Businesses to Work For by Fortune Magazine last year.

If you’re interested in a career in the Emerald City at one of the top B2B software companies, and you love video, we’re hiring. Click here to check out our open positions.